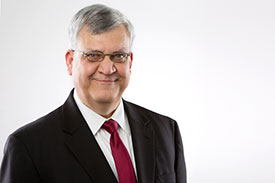 Dr. Napper’s early research was in mathematical modeling of physiological systems but later research was in engineering education and in exploring applications of artificial intelligence in biomedical engineering.  Projects have included expert systems for prescription of assistive devices, cognitive orthoses, and AI-based ECG arrhythmia diagnosis. To support this work, and in collaboration with others, he received external funds from NIH, NSF, Whitaker Foundation, Frost Foundation, and the Louisiana Board of Regents. He also helped obtain and manage additional funding from DOE, NIH (LBRN), AFRL, and AFOSR.  The total value of these grants is over $9.8M.  He also published 45 professional articles and served as Chair or Co-Chair for 6 PhD students, and 23 MS students.

During his years at Louisiana Tech University, he served in a variety of capacities, including:

33 years on the faculty of Louisiana Tech University in variety of academic and administrative capacities, including:

My wife, Vicki, and I have been married 37 years.  We have eight children (six sons and two daughters, all now grown, four who are married), and two grandsons.  As important as my profession is to me, and as much as I love my family, my priority and devotion is to God.  The support, the hope, the source of my life is found in the Word of God (Holy Bible) and in a personal relationship with my Lord and Savior, Jesus Christ.  Because I am able to personally confirm that God is real, alive, active, and true (even in the hardest of days), my view of the world is entirely Christian.  My desire is to represent Him well and to demonstrate His love and all the fruit of the Holy Spirit.

Dr. Napper’s personal biography is available at “What I Would Like You to Know About Me.”