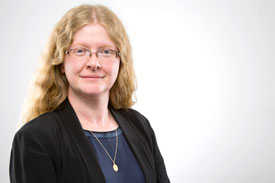 Dr Ordway’s teaching and research centers on cultural and imaginative apologetics, with a particular emphasis on literary apologetics and the work of the Inklings, especially J.R.R. Tolkien.

Apologetics and the Christian Imagination: An Integrated Approach to Defending the Faith. Emmaus Road Publishing, 2017.

“Medieval Arthurian Sources for the Inklings: An Overview.” In The Inklings and King Arthur: J.R.R. Tolkien, Charles Williams, C.S. Lewis, and Owen Barfield on the Matter of Britain. Ed. Sorina Higgins. Apocryphile Press, 2018.

“Looking ‘Along’ the Problem of Evil: Shakespeare’s Macbeth.” In Evil and a Selection of its Theological Problems. Ed. Benjamin Arbour and John R. Gilhooly. Cambridge Scholars Publishing, 2017.

“Come and See: The Value of Storytelling for Apologetics.” In A New Kind of Apologist. Ed. Sean McDowell. Harvest House, 2016.

“Williams, Descent into Hell.” In C.S. Lewis’s List: The Ten Books that Influenced Him Most. Ed. David Werther. Bloomsbury Academic, 2015.

Further publications can be found at hollyordway.com

Dr. Ordway teaches in the Online M.A. in Apologetics. She lives in La Crosse, Wisconsin, and travels frequently, both in the United States and internationally, to lecture on imaginative apologetics, C.S. Lewis, and J.R.R. Tolkien. She has published articles in various journals and magazines, including Christianity Today, Christian Research Journal, and Books & Culture, and is a published poet, and has served as a judge for Christianity Today’s Book of the Year award (Apologetics category). She is the Charles Williams Subject Editor for the Journal of Inklings Studies. Her current book project is Tolkien’s Modern Sources: Middle-earth Beyond the Middle Ages (forthcoming, Kent State University Press).