C. S. Lewis is universally hailed as the greatest Christian apologist of the twentieth century. He also continues to be highly respected as a literary critic, particularly of the Middle Ages and Renaissance, and as an insightful lay philosopher, theologian, and ethicist. What is less recognized today is that Lewis was also an accomplished and perceptive amateur psychologist.

Before his conversion, Lewis was something of a disciple of Freud and his methods. After embracing Christianity, he rejected the materialistic presuppositions upon which Freudianism rests, but he did not therefore abandon all that he learned from Freud and his heirs about the human psyche.

In Book III, Chapter 4 of Mere Christianity, for example, Lewis accepts that Freudian psychoanalysis could cure someone of, say, acrophobia, but he disagreed that such a cure would render him a virtuous person. Once the phobia has been removed, the patient will, thankfully, be able to work and live on a level playing field with other people. He must, however, still choose whether or not to embody the classical virtue of courage if he is faced by a frightening situation on the top of a mountain.

For the Freudian, guilt is a problem, a psychological illness that must be cured. For Lewis, guilt is a signal that something is wrong with our soul. Lewis utterly rejected any form of Freudian (or Marxist or Darwinian) determinism that would reduce the individual from a moral-ethical agent made in the image of God to a product of sexual, economic, or genetic forces. Instead, he believed that our psychological and spiritual characters were, in great part, constructed through a series of choices that we make every day, choices that not only direct us toward heaven or hell but that transform us into creatures made for heaven or hell.

Here’s how he describes the process in Mere Christianity III.4, which bears the chapter title “Morality and Psychoanalysis”: “every time you make a choice you are turning the central part of you, the part of you that chooses, into something a little different than it was before. And taking your life as a whole, with all your innumerable choices, all your life long you are slowly turning this central thing into a heavenly creature or a hellish creature: either into a creature that is in harmony with God, and with other creatures, and with itself, or else into one that is in a state of war and hatred with God, and with its fellow creatures, and with itself. To be the one kind of creature is heaven: that is, it is joy and peace and knowledge and power. To be the other means madness, horror, idiocy, rage, impotence, and eternal loneliness. Each of us at each moment is progressing to the one state or the other.”

This bold statement is theological in nature, but it is also psychological. While not denying the real existence of hell, Lewis shows, psychologically as well as theologically, how we create our own internal hell by twisting our psyche away from harmony with God, ourselves, and our neighbor. Sin separates us from God, but it also separates us from others and from ourselves. Sin is an act of rebellion and disobedience against our Creator: as such, it has the effect of marring the people we were created to be. Theologically speaking, sin damns us; psychologically speaking, it dehumanizes us.

If that concept sounds hard to grasp, don’t worry. C. S. Lewis thought it was hard to grasp as well. That is why he wrote a fictional work called The Great Divorce in which he rendered concrete and dramatic the slow, sinister process by which sin robs us of our God-given humanity.

What if, Lewis asks in The Great Divorce, the sinners in hell could, if they desired, take a bus ride from hell to heaven. And what if, when they arrived in the precincts of heaven, they were met by blessed souls whom they knew in life who offered them the chance to put aside their sin and pride and sense of entitlement and accept the grace and love and mercy of Christ? What would they do?

Over the course of the novel, we meet about a dozen damned souls, each of whom is given the choice to remain in heaven. All but one of them willingly choose to return to hell. How can that be? It makes sense, on a theological level, that someone might continue to hold up his fist to God and refuse to repent. But how, on a psychological level, can someone actually prefer hell to heaven? It is in answering this question that Lewis demonstrates his penetrating insight into the way the human psyche works.

As if he were writing a psychology textbook, Lewis presents the conversations between the damned souls and the blessed saints in the manner of a series of case studies, with each conversation/study illustrating a certain kind of phobia or neurosis or psychosis. The difference here is that the various psychological tics Lewis surveys, all of which are chosen by, rather than imposed upon, the sinners, have eternal consequences.

Consider the damned soul of a miserable, grumbling old woman who is so caught up in her incessant complaining that she barely allows the blessed saint sent to help her to get a word in edgewise. Lewis, who overhears this conversation and all the others, is perplexed and asks his guide, George MacDonald, how God could damn such a poor miserable woman. After all, Lewis reasons, she is only a grumbler; does such a woman really deserve to spend eternity in hell.

MacDonald responds that the real question is whether or not she is a grumbler or only a grumble. If there is one spark of humanity left in the woman, the angels can blow on it until it becomes a raging fire. But if all that is left is ashes, there is nothing they can do. The problem with this woman, theologically speaking, is not that she is beyond salvation, but that there is nothing left to save. Through a lifetime of bitterness, resentment, envy, and ingratitude, she has, on the psychological level, so shriveled up her humanity that she can no longer desire the beauty, love, and fellowship of heaven. A Freudian might say that she is trapped in an eternal repetition compulsion, repeating endlessly the petty grievances of her childhood.

The woman who has become a grumble has much in common, on the psychological level, with two other damned female souls that Lewis encounters. The first was a grasping wife who treated her husband as a project, a pawn whom she could manipulate and direct as a way for her to achieve the life she wanted. The second is a mother who lost her son at a young age and then spent the rest of her life ignoring her family and living only for the memory of the dead boy. In theological terms, both of these women are idolaters; they have raised up their husband or son—or, to be more accurate, their false image of their husband or son—as a substitute for the devotion they should have paid to God.

But their problem is psychological as well. Although, on the outside, they appeared to the watching eyes of society to be the ideal wife and the ideal mother, they both embody to perfection what modern psychologists call narcissistic personality disorder. Neither woman seems capable of seeing her so-called beloved husband or son as an individual with his own separate existence, his own unique wants and desires. They are, rather, life-sized toys or dolls that each sees as an extension of herself, of her own desperate need to be noticed and admired. Both wife and mother suffer from a complete lack of empathy.

Of course, such narcissistic behavior is not confined to the female sex. Lewis encounters a number of damned male souls that are equally unable, because they are equally unwilling, to break out of their self-centered egotism and obsessive-compulsive patterns of behavior. Such is the case with a husband who spent decades manipulating the pity and insecurity of his long-suffering wife. To help us see the theological-psychological sin that prevents the husband from truly loving his wife and accepting her love and that of God, Lewis splits the man in two.

When the blessed soul of the wife approaches her husband, she sees, not a single man, but a dwarf holding a chain to which is attached a giant tragedian who moves and speaks with grand gestures. The dwarf is the real man, the one created by God for eternal joy; the tragedian is the manipulative side of him that is ever striking poses, exaggerating every injury done to him and every miniscule good deed he did for others. The wife appeals to the dwarf to let the chain go, but he prefers to wallow in self-pity and imagined injuries. He won’t accept her “charity,” and he won’t, under any circumstances, see how ridiculous the tragedian is. And so he clings to the chain, which he thinks is his life line but which is really, Lewis explains, his death line.

He is as sad and pathetic a figure as the landscape painter who, the moment he exits the bus and sees the beauty of heaven, kicks himself for not having brought his paints and brushes and easel. When the blessed soul tells him that he is there to enjoy the heavenly landscapes, not to paint them, the damned soul becomes indignant and says that painting landscapes is what he does and who he is. No, the blessed soul replies, when he dedicated himself to the profession of painting, he did so because he hoped that by painting landscapes, he might capture the light behind the landscape, the light that first attracted him to the job—or, better, calling—of art.

But the damned soul cannot process such a thought, not because he lacks the intelligence, but because he has allowed painting to become an end in itself, rather than a means to a higher end. He now stands in the very place from which that light which first attracted him emanates, but he has sacrificed his ability to enjoy it: sacrificed it, he would claim, to his “art,” but really to his pride, his desire for control, and his fear of intimacy. He has, in the words of Revelation 2:4, forsaken his first love, a choice that has cut him off from God, but that has equally cut him off from himself, from the wellsprings of his joy and hope and humanity.

Lewis may not have been a trained psychologist, but he saw things about human nature that many psychologists miss, especially those who, like Freud, deny the reality of sin and who consider guilt a product of sexual repression rather than a signal that we have embarked on a path that, if followed, will cut us off from heaven and steal our humanity. 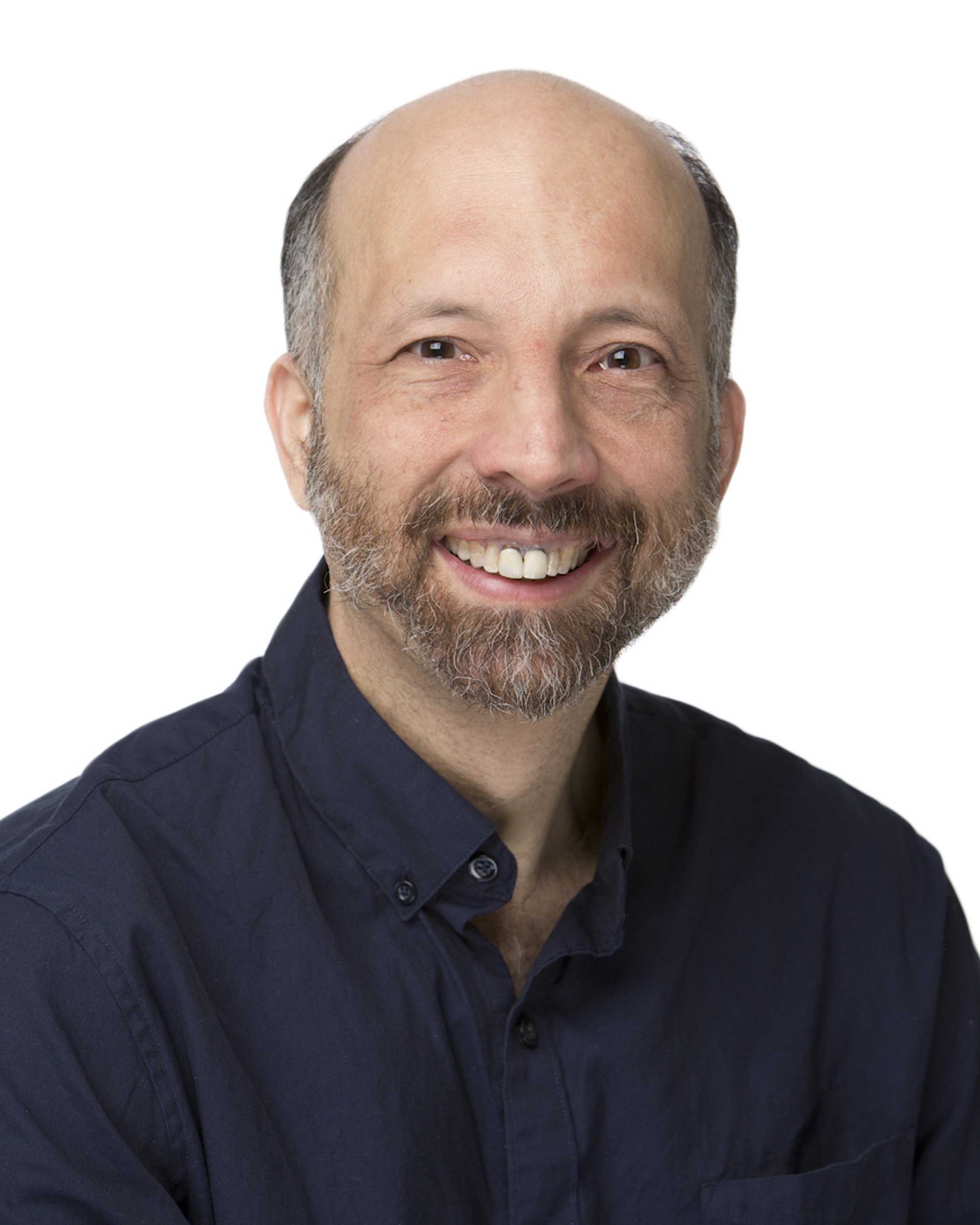 Louis Markos, PhD, Professor in English and Scholar in Residence at Houston Baptist University, holds the Robert H. Ray Chair in Humanities; his 18 books include Atheism on Trial, Restoring Beauty: The Good, the True, and the Beautiful in the Writings of C. S. Lewis, On the Shoulders of Hobbits: The Road to Virtue with Tolkien and Lewis, and two children’s novels, The Dreaming Stone and In the Shadow of Troy, in which his children become part of Greek mythology and the Iliad and Odyssey.