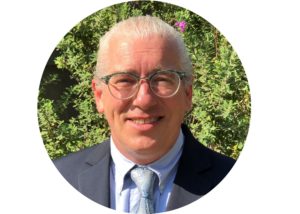 Michael Birdwell (M.A., Theological Studies, HCU and B.A., Journalism, HCU) teaches as an adjunct professor for the School of Christian Thought. His teaching focuses on New Testament writings in their Second Temple Jewish and Greco-Roman contexts. His areas of research focus include soteriology, Pauline epistles, and early Christianity. Outside of teaching and researching, Birdwell enjoys reading, tabletop wargaming, and is interested in audio production. 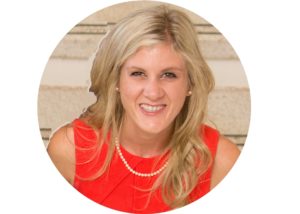 Samantha Bottoms (MA in Theological Studies, HCU) teaches Introduction to the Bible and Christian Theology and Tradition. When not teaching, she oversees the Department of Student Success which includes many of the academic resources on campus. She is an aspiring gardener and hot tea connoisseur. 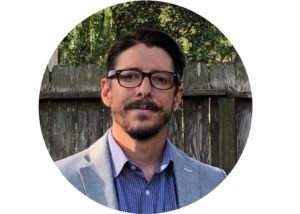 Terry Scott Cokenour (PhD researcher, London School of Theology) teaches in residence for the department of Theology and online for the department of Apologetics. For more than 20 years Terry has had one foot in academics and the other in ministry. His family spent a decade in Budapest, Hungary serving in theological instruction, pastoring a Hungarian church, and helping to develop a theologically diverse network of new pastors. Previously, he helped start multiple new churches in the Houston area while completing his graduate degree in theology (Western Seminary) and undergraduate degree in biblical studies and Christian Leadership (College of Biblical Studies-Houston).

His academic interests are in systematic theology, practical theology, and apologetics, all under the motto of ‘bringing theology to life’. His current research is in apologetics related to C.S. Lewis. He is fluent in Hungarian, a life-long musician, and has gained a unique grasp of intercultural and transition issues having moved nearly 40 times in his life. He enjoys spending time his wife & three teenage children, and inventing dad jokes and riddles. 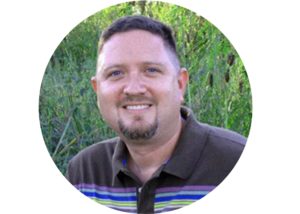 Brett Dutton (PhD in Old Testament and Hebrew, Southwestern Baptist Theological Seminary) has taught as an Adjunct for the School of Christian Thought since 2004. Although his fields of specialty are Hebrew and Old Testament Studies, he has taught a little bit of everything at HCU, from Biblical Studies to Theology to Apologetics. He has also been the Senior Pastor of Magnolia Creek Baptist Church in League City, Texas since 2000 after serving as a Student Minister at several churches in Texas.

He has been married to his wife, Heather, since 1998 and enjoys spending time travelling the world with her. He has made numerous trips to Israel, West Africa, and Europe, most of which were connected to specific mission projects. In addition to writing various curricula and teaching materials, he was also one of the Biblical Scholars on the team of Contributors to The Voice Bible published by Thomas Nelson Publishers. 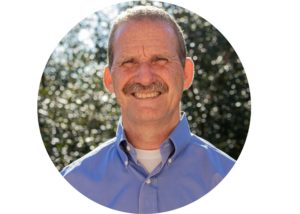 Mark Edworthy (PhD in Applied Theology, Southeastern Baptist Theological Seminary and DMin in Evangelism and Missions at Southwestern Baptist Theological Seminary) teaches as an adjunct in the School of Christian Thought. He returned to Houston Christian University forty years after first arriving and meeting his wife in the cafeteria. He has recently taught the following courses: Introduction to Bible and Theology, Theological Inquiry, Introduction and History of Missions, and Old Testament Theology.

Along with his wife, Susie, he served for nearly thirty years as an international missionary in Europe and was the Affinity Leader for European Peoples for the International Mission Board for his last decade on the field. He has authored The Wall that Remains, which presents the work of the International Mission Board in Eastern Europe prior to and following the fall of the iron curtain. He currently serves as the CityRise Network Director and launch pastor for CityRise Missouri City, which is the third campus in the network. He enjoys the beach, traveling, reading, and spending time with his nine grandchildren. 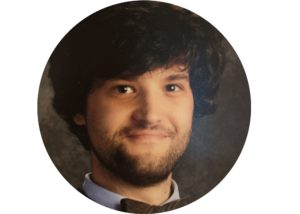 Austin M. Freeman (PhD in Systematic Theology, TEDS) teaches online in the School of Christian Thought. In the past, he’s taught Classical and Medieval Thought and Culture and will soon be teaching Literature & Apologetics. Austin’s main expertise is the theology of J.R.R. Tolkien, and frequently publishes articles and essays on related topics at the intersection of culture and theology such as ethics, science and religion, Romanticism, and more. He lives in Dallas with his wife Mandi, flat-coated retriever Alfie, and two ducks, Philip and George. He teaches humanities at a classical school and spends his free time planning for and playing Dungeons & Dragons. 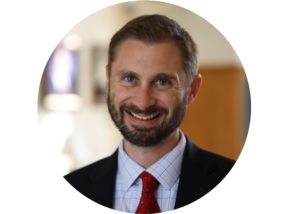 Dr. Brian Gamel grew up in the Show-Me State (Missouri) where he attended the University of Missouri and received a B.A. in Microbiology and ran far too many 5k, 10k and half marathon races.  Although he was planning for medical school upon graduation he chose instead to work on staff with a local college church in Columbia, MO, ministering to college students for six years.

He went on to pursue an M.Div. at Duke University before heading to Baylor to complete his Ph.D. in New Testament.  He has taught classes on Scripture, Theology, Interpretation, and History at Houston Christian University, the University of Mary Hardin-Baylor, Baylor University’s Department of Religion, and Truett Seminary.

Dr. Gamel also serves with Truett Seminary’s Faith & Sports Institute at Baylor University and is currently serving as Postdoctoral Research Fellow writing a book on the use athletic imagery in the New Testament.  He has three amazing children.  In his free time he runs, reads, and pretends to be learning how to play the guitar. 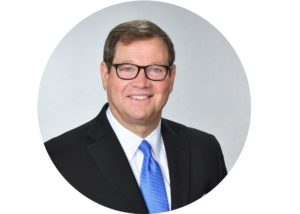 Danny T. Havard, (DMin in Pastoral Theology, New Orleans Baptist Theological Seminary), teaches in Houston Theological Seminary and the School of Christian Thought. His classes include Pastoral Care and Spiritual Formation, The Ministry of the Church, and most recently The Prison Epistles for the Church. Danny serves as the Director of Pastoral Ministries for the six campuses of Second Baptist Church Houston where he has been a pastor for over 30 years. His wife Melinda also serves on the staff as the Director of Counseling at Second. Danny and Melinda have three adult children, two of whom live here is Houston and one in Seattle. Danny enjoys swimming, biking, hunting, and watching almost any college sport! 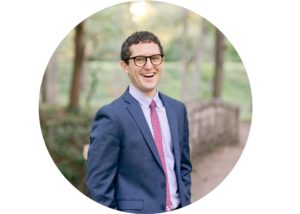 Joshua Heavin (Ph.D., University of Aberdeen) was born and raised in Amarillo, Texas. After studying English literature at West Texas A&M University, he received his M.Div. at Redeemer Seminary in Dallas, Texas before writing his doctoral dissertation at Trinity College Bristol on the Apostle Paul and Participation in Christ. His scholarly research has focused on historical and theological interpretation of the Apostle Paul and the Epistle the Hebrews, early Christian theology and worship, and his popular writing has covered a range of interests related to the Christian life. He has served in a variety of ministry contexts in Baptist, Presbyterian, and Anglican churches, and currently teaches Hermeneutics, Historical Theology, and New Testament Studies courses as an adjunct at HCU. Joshua currently lives in the Dallas area with his wife Lauren and their children. 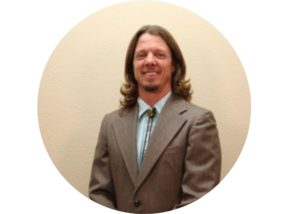 Justin Horton (PhD in Leadership, B.H. Carroll Theological Institute), teaches in the School of Christian Thought. He often teaches introduction courses in Theology and Bible. Dr. Horton has experience in vocational ministry, and often tells his students “What we learn in the classroom we have to make work in the church.” Justin lives in Portland, Texas, and when he’s not teaching, pastoring or being dad to his two kids, you can find him at his Crossfit gym or at the beach with his surfboard. 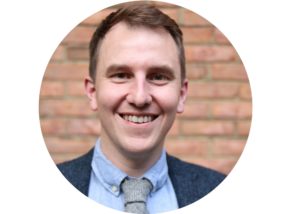 Derek King (PhD, University of St Andrews) is the Theologian-in-Reisdence at Lewis House (Lexington, KY). He teaches theology and Bible at HCU. His areas of interest include Patristic Theology, Analytic Theology, and White Sox baseball. 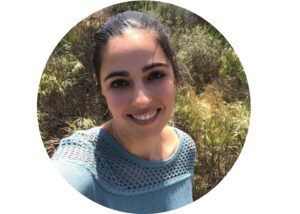 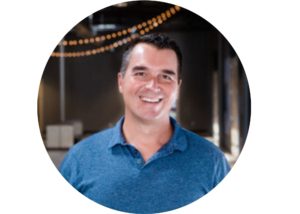 Andrew Werley is currently pursuing a PhD in American Church History with an emphasis on Modern History. He has been in full-time ministry for over 20 years and is the author of I Love Jesus but Not His Girlfriend (2016). He received a Master of Divinity from Southwestern Baptist Theological Seminary and teaches Introduction to the Bible. Andrew lives in The Woodlands with his wife and four children where he is currently serving as the Pastor to House Church Pastors at Church Project in The Woodlands. He can be found preaching from time to time for Church Project at various locations throughout the country. When he’s not working or reading for his PhD, Andrew enjoys watching movies with his teenagers and going to the gym.