Benjamin Franklin called Isaiah Thomas the “Baskerville of America.” Thomas was one of the most notable Bible publishers in the early Republic. He began his business in Boston, where he was publisher of the newspaper Massachusetts Spy. At the beginning of the Revolution, he moved his business to Worcester.

In planning his 1791 folio Bible, Thomas made a special effort to print a correct text for His Bible and examined over thirty copies of the King James Version, printed at different times by different publishers, to determine the best text. Several leading clergymen also examined his text.

All of the engravings Thomas commissioned for his folio Bible were executed by American engravers.

On the top of each of the plates in the body of the work is inscribed — “Engraved for Thomas’ Edition of the Bible.”

“Previous to printing this edition of the Scriptures, Mr. Thomas, the editor, furnished himself with nearly thirty copies of the Bible, printed at different times and places; from these he selected the most correct , by which to revise the whole of this work. Every sheet of the text, before its commitment to the press, was carefully examined by the clergymen of Worcester [the Rev. Aaron Bancroft, D.D., and the Rev. Samuel Austin, D.D.], and by other capable persons, and compared with not less than eight different copies.” 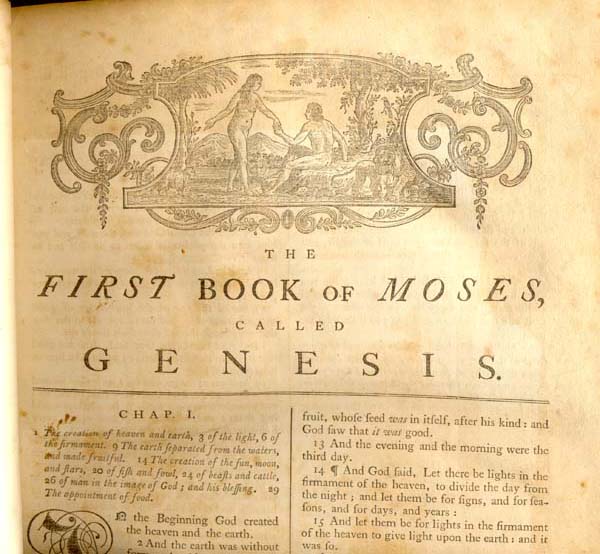